Not All The Beautiful Things (Remixes)

by What So Not 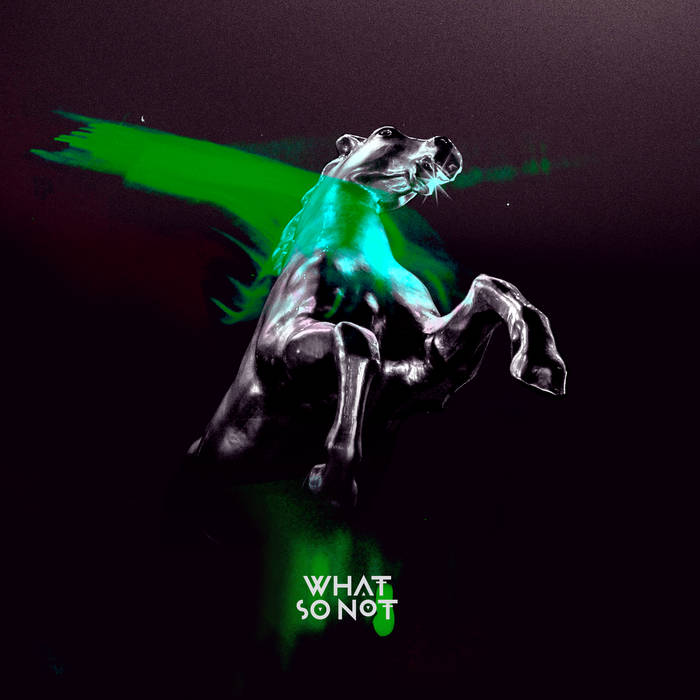 Australia’s What So Not (Emoh / Chris Emerson) has released a brand new remix collection, offering new takes on tracks from his debut album Not All The Beautiful Things, released earlier this year via Counter Records. Not All The Beautiful Things (Remixes) features collaborations with Kidswaste, Signal, Luttrell, ESKEI83, 12th Planet, AC Slater, Yvng Jalapeño, Champagne Drip, Graves, Daktyl, and MaRLo.

Not All The Beautiful Things (Remixes) offers a collection of brand new iterations of the original album’s standout tracks. The project features Kidwaste’s illuminating take on “Stuck in Orbit (ft. BUOY)” as well as Signal’s remix of “Goh (feat. KLP)”, which brings the already anthemic track to new levels. The album closes out with MaRLo’s high intensity new take on “Beautiful (feat. Winona Oak),” highlighting the haunting vocals with dropouts and pounding bass.

Over three years in the making, Not All the Beautiful Things has helped What So Not to reach over 600 million combined streams online and hit #1 on iTunes Dance and Billboard Dance/Electronic charts week of release. The album received support from Spotify New Music Friday (in 5 different territories) as well as Billboard, Forbes, NYLON, Mixmag, SPIN, Paste and more. The album featured collaborations with huge names in the dance world and beyond including Skrillex, Toto, San Holo, SLUMBERJACK and Rome Fortune, among others. The first single from Not All The Beautiful Things, “Be Ok Again” -- a collaboration with Silverchair frontman Daniel Johns, which garnered close to 6 million collective streams to date -- marked the first time What So Not wrote and performed vocals himself.

Not All The Beautiful Things is about transformation and metamorphosis, a culmination of everything the Australian-born artist has been working towards as he’s built his reputation as one of the most innovative producers in the game. More than an album, it’s a fully realized artistic statement in which What So Not is in full control of every aspect, from the stage design and visuals to the music videos and merchandise. “I didn’t want to put anything out that doesn’t cohesively match the essence of the songs,”he explains.

In 2018 What So Not played over 150 festivals and headline dates across 43 countries including India, China, Europe, Australia, North America and South America. Festival stops included Lollapalooza South America and Chicago, Ultra Music Festival, and Bonnaroo. He's previously played most of the major festivals globally including Coachella, Listen Out, EDC, HARD Summer, Creamfields and countless others. What So Not's live sets showcase the scope of his creative sphere, most notably conceptualising his 600-square-foot “Peacock Horse Monster-truck” as well as heavy involvement in all aspects of the show programming. “We’re creating this entire world that people can step into,” he says.

What So Not Sydney, Australia

If it weren’t for its pedigree it would be ok to call What So Not an overnight sensation. From festival plays at Coachella, Pukkelpop, Ultra and Lollapalooza rubbing shoulders with Skrillex and RL Grime, What So Not has justified the hype.

Bandcamp Daily  your guide to the world of Bandcamp

Featuring Oakland sounds from the Smart Bomb collective and Samplelov.