← more from
Counter Records
Get fresh music recommendations delivered to your inbox every Friday.

Not All The Beautiful Things

by What So Not 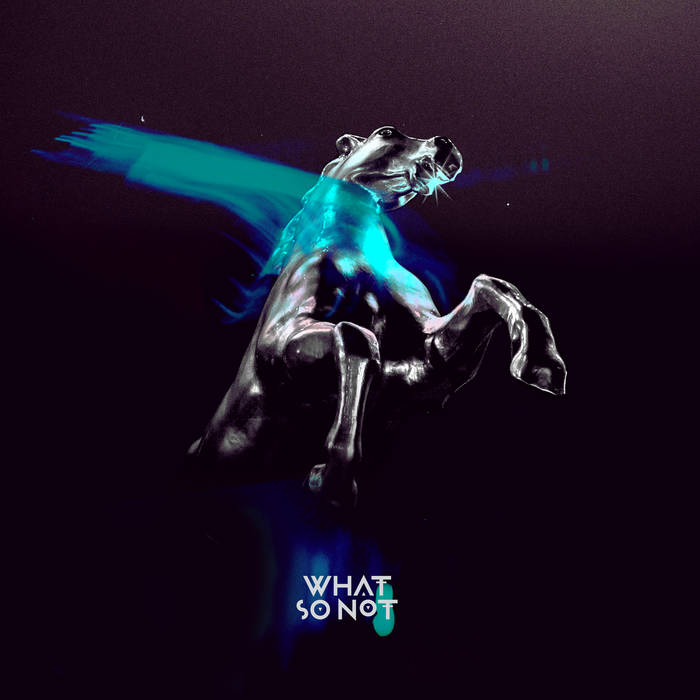 read-ønly This album is amazing! No song on here doesn't add something new to the album. Favorite track: Bottom End.

Kyle Bly An amazing album with incredible diversity and What So Not's signature all over it. Favorite track: Be Ok Again (feat. Daniel Johns).

Michele Anesi I love this track from start to finish. It brings me ahead... Favorite track: Stuck In Orbit (feat. BUOY).

マックス An incredible arrangement of music. WSN really has been working hard recently, and this release more than exemplifies this perfectly. A great list of collaborators too, looking forward to future WSN releases. Favorite track: Bottom End.

Australia’s What So Not is pleased to announce his long awaited debut album Not All The Beautiful Things -- out March 9th via Counter Records -- featuring frequent collaborator Skrillex, legendary rock legends Toto, as well as San Holo, SLUMBERJACK to name only a few. Over three years in the making, Not All the Beautiful Things is about transformation and metamorphosis, a culmination of everything the Australian-born artist has been working towards as he’s built his reputation as one of the most innovative producers in the game, garnering over 455 million combined streams in the process. More than an album, it’s a fully realized artistic statement in which What So Not is in full control of every aspect, from the stage design and visuals to the music videos and merchandise. “I didn’t want to put anything out that doesn’t cohesively match the essence of the songs,” explains the man behind it all.

To help represent the many moods and voices of the project, What So Not enlisted a small army of collaborators and guest vocalists. The 12-track album will include his last single “Be Ok Again” featuring former Silverchair frontman Daniel Johns as well as his brand new single “Stuck In Orbit” which has just dropped today - featuring vocals by BUOY and co-written by Jono Ma (of Jagwar Ma).

Of “Stuck In Orbit” What So Not says: “This song started as a jam with Jono Ma (Jagwar Ma) in his film scoring studio in Sydney, the vocals started as a sketch of adlibs from BUOY with only two words, drawn out across half the verse "I ov-er comp-en-sate". That set the tone for the entire piece; each word delivered with much thought and consideration. I wrote a lot of the lyrics and brought Winona Oak in to help finish it off. At one point, when British Airways' entire computer system had crashed, I found myself “stuck in transit”. Even though I just had settled in a special place with amazing people around me, I found myself sitting alone staring at a hotel wall. I channeled the frustration and came up with the notion of "Stuck in Orbit".

For his debut project, What So Not tapped longtime collaborator Skrillex, and fellow Australian breakout stars SLUMBERJACK along with Rome Fortune, San Holo, Dyro and more. Daniel Johns, lends his versatile vocals to multiple tracks on the project. On the collaboration, Johns praised What So Not saying, “Watching Emoh work is eye opening. A real professional with great vision.”

Perhaps most eyebrow-raising of all, the album features a collaboration with rock legends Toto. After years of Emoh dropping their seminal sing-a-long hit “Africa” in his sets, Emoh was able to go into the studio with one of his favorite bands to write their new anthem “We Keep On Running.”

Having established himself as one of the world’s most revered electronic acts, it’s hard to believe that What So Not hasn’t yet released an album. The man behind such massive anthems as “High You Are” (50 million-plus streams), “Waiting” (with Skrillex and RL Grime), and his remix of RUFUS du Sol’s “Innerbloom” (#30 on Triple J’s Hottest 100 list for 2016), has a slew of EPs under his belt, including 2016’s widely-praised Divide & Conquer. Last year What So Not released “Be Ok Again,” writing and performing the vocals himself for the first time. The song has garnered 2 million collective streams and was one of the most played songs on Australia’s Triple J throughout the summer.

Balancing prolific touring and studio time, 2017 saw What So Not close Coachella’s Gobi tent and headline Australia’s Listen Out festival and sold out shows across Europe, the USA and UK. His creative sphere has not been limited to music either, delving into the writing and co-directing of music videos, conceptualising his 600 square foot ‘Peacock Horse Monster-truck’ and heavy involvement in all aspects of the show programming. What So Not promises it’s just the beginning of what fans can expect from this exciting new phase of his evolution looking ahead to his 2018 touring schedule. “We’re creating this entire world that people can step into,” he says.

What So Not Sydney, Australia

2021 marks the 10-year anniversary of What So Not. For Chris Emerson, the creative at the heart of the project, it is a time of realization and research, rethinking and renewal. It starts with reflection, revitalization, and new innovations from the ever-shifting Emerson. ... more

Bandcamp Daily  your guide to the world of Bandcamp

Nightmares on Wax and Bremer McCoy stop by with their sublime new LPs.